The Zen of Basketball 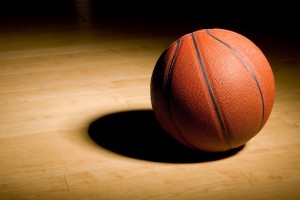 It was Nov. 23, 1991, and towering NBA rookie Dikembe Mutombo was facing off against the league’s reigning star, Michael Jordan, for the first time in his career. Earlier that season, the Congolese center had declared that Jordan would never dunk on him.

Never one to back down from some good trash talk, when Jordan went to the free throw line to put the finishing touch on a Bulls victory that night, he chirped, “Hey Mutombo, this one’s for you,” before coolly stepping to the line, closing his eyes tight, and sinking the free throw—nothing but net. “Welcome to the NBA.”

It is a classic example of Jordan’s legendary competitiveness. But it also points to another skill His Airness might have had on the court: mindfulness, the moment-by-moment awareness of one’s thoughts, feelings, and bodily sensations.

Mindfulness has been getting a lot of attention lately, with cutting-edge research suggesting it can help people do everything from quit smoking to reduce racism.

But to professional athletes, mindfulness is really nothing new—it’s key to getting “in the zone,” where their senses are heightened and their minds and bodies are in perfect sync, to the point where they can sometimes even sink a free throw with their eyes closed. And over the past few years, studies have been documenting what Jordan and other elite competitors have long known first-hand: that mindfulness can give players a leg-up on the court. As the NBA heads into its Finals—where Jordan won six championships and six MVP awards— and the Warriors and Cavaliers are looking for any advantage they can get, it’s a good time to take stock of what these studies have found.

At George Mason University, researchers recently offered the men’s basketball team a voluntary, five-week mindfulness training, and studied the results. Over eight 90-minute sessions, the 13 players on the team learned basic mindfulness techniques like mindful breathing, where they simply focused on their breath going in and out of their body, and mindfulness exercises like noticing how their body reacts when they experience stress or counting backward from 100 by sevens while listening to a partner tell a story—a way to sharpen their focus. They also did an hour of yoga after each session.

Before and after the training, the players also completed a variety of surveys measuring their levels of mindfulness and other skills. The group was relatively small, and the researchers didn’t measure the athletes’ performance on the court before or after the training, but the study points toward statistically relevant benefits for athletes who undergo mindfulness training: By the end of the five weeks, the results showed that they were experiencing greater mindfulness, reported more enthusiasm and energy in pursuing their goals, and felt less stress.

For instance, a study published in 1990 out of the University of Winnipeg found that a group of women basketball players improved at a specific defensive skill after practicing a series of exercises designed to enhance their relaxation and focus. The players worked on visualizing certain actions and tasks specific to their sport (a technique called “imagery rehearsal”) and on improving their “self-talk”—their inner dialogue, with an emphasis on positive reinforcement.

Another specific skill studied by mindfulness researchers is free throws; with their heavily mental component, it’s no surprise why.

A 2009 study found Division I college basketball players who scored higher on a mindfulness survey performed better at the free throw line during games.

“[M]indfulness-based interventions could thus be expected to result in a substantial and meaningful increase in free throw percentage, an amount that would likely impact a team’s overall win/loss percentage dramatically,” the authors, Amy Gooding and Frank Gardner, conclude.

Jordan, a career 83 percent free throw shooter, is one of the greatest basketball players in history, but his coach was also Phil Jackson, the “Zen Master” who taught his players mindfulness on his way to collecting 11 NBA championship rings. Mutombo, meanwhile, never even cracked 70 percent on his free throws, well below the league average of 75 percent.

Jackson taught his players meditation and would try things in their training routines that were designed to sharpen their skills of mindful awareness and perception, like having them practice without talking or with the lights turned down low.

A more recent study, published in March, indicates that Jackson may have been on to something. It found that the best free throw shooters have exceptionally high “proprioception,” an intuitive sense of how their limbs and joints are positioned, even while blindfolded. In the study, French researchers had people take 100 free throws, 50 while standing and 50 while seated. They also blindfolded the study participants and put their elbows and wrists in various configurations, then saw how well the participants could reproduce those physical configurations on their own—a way to measure their bodily awareness, a skill related to mindfulness.

There were significant correlations between subjects’ free-throw shooting ability and their sense of body positioning for their wrist and elbow joints, noted the study’s authors, Violaine Sevrez and Christophe Bourdin.

The growing body of evidence suggesting the benefits of mindfulness on individuals’ and teams’ athletic performance could be meaningful for everyone from rec-league chuckers to the high-flying professionals. During the first round of the NBA playoffs this year, the San Antonio Spurs purposefully fouled Los Angeles Clippers center DeAndre Jordan at the end of games. Jordan, a 70 percent shooter from the field, morphs into an awkward, fumbling, 45 percent shooter at the foul line. Advice has poured in from several “shot doctors,” and Jordan tweaked his pre-shot routine—to no avail.

Phil Jackson teamed with George Mumford, a sports psychologist and meditation teacher, to impart mindfulness to his players, including Michael Jordan, because he felt it helped the players manage stress, stay in the moment, and maintain focus.

“As much as we pump iron and we run to build our strength up, we need to build our mental strength up so we can focus … and so we can be in concert with one another in times of need,” the coach told Oprah Winfrey in a 2013 interview.

Maybe all the Clipper’s Jordan needs is a visit from the retired Jordan’s old coach.