by contentfreshadmin | Mar 27, 2019 | Coping with Life's Stresses, Happiness, Relationships, Take in The Good 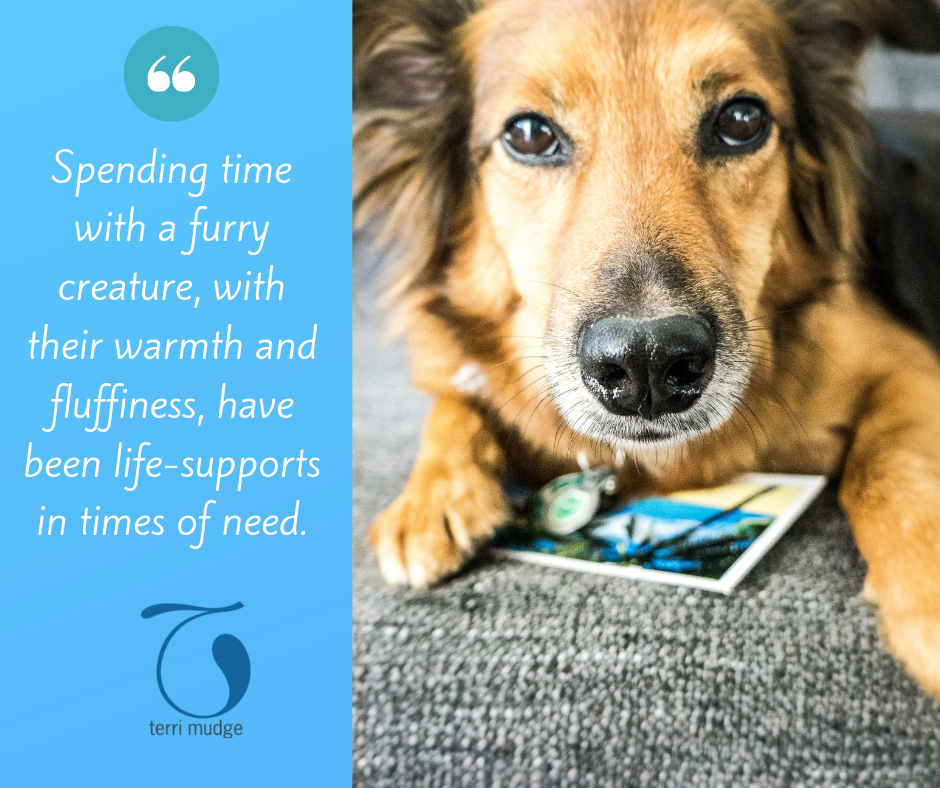 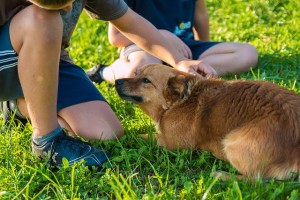 I have had many dogs in my life, and I have often experienced the mood boost and support that can come from spending time with a furry creature. Their warmth and fluffiness have been life-supports in times of need. This article explains the research suggesting why dogs help people and can be a benefit in many types of situations. I also had a dog named Casey who was the most friendly and loving dog I ever knew! – Terri

By Jill Suttie | March 6, 2017 A new study suggests that when dogs are around, groups are closer, more cooperative, and more trusting.

My dog, Casey, is one of my favorite beings on the planet. Not only is he extremely cute, his presence calms me, makes me happy, and helps me to meet new people…especially when I take a walk with him.

My husband and I often joke that if everyone had a dog like Casey, there simply wouldn’t be any wars—the assumption being that everyone would just get along if he were around. Now, a new study suggests that we might be onto something.

Researchers at Central Michigan University gave small groups tasks to do with or without a companion dog in the room. In the first experiment, groups generated a 15-second ad and slogan for a fictional project—a task requiring cooperation. In the second experiment, groups played a modified version of the prisoner’s dilemma game, in which individual members decide whether to cooperate with one another or to look out only for themselves. All of these interactions were videotaped.

Afterward, participants reported on how satisfied they felt with the group and how much they trusted group members. In addition, independent raters analyzed the video recordings, looking for displays of cooperation, verbal and physical signs of bonding or closeness, and expressions of vulnerability that indicated trust.

Regardless of the task, groups with a dog showed more verbal and physical signs of closeness than groups without a dog. Also, raters observed more signs of cooperation during the first task, and group members reported that they trusted each other more during the second task, if a dog was in the room.

These results suggest that there is something about the presence of a dog that increases kind and helpful behavior in groups.

“When people work in teams, the presence of a dog seems to act as a social lubricant,” says lead author Steve Colarelli. “Dogs seem to be beneficial to the social interactions of teams.”

Why would that be? Could it be that dogs make us feel good, which then impacts our social behavior?

To test that idea, the researchers asked independent raters to watch 40-second videos of the groups edited from the first study—with the sound off and no evidence of the dog in the room—and to note how often they saw indicators of positive emotions (like enthusiasm, energy, and attentiveness). The raters noticed many more good feelings in groups with a companion dog in the room than in groups with no dog, lending some support for their theory.

Although the dogs didn’t seem to impact performance on the group tasks during this short experiment, Colarelli believes that the observed social and emotional benefits could have impacts on group performance over time.

“In a situation where people are working together for a long period of time, and how well the team gets along—do they speak together, have rapport, act cooperatively, help one another—could influence the outcome of the team, then I suspect a dog would have a positive impact,” he says.

Of course, not everyone likes dogs, and some people may even be allergic. Colarelli says that we shouldn’t just start bringing dogs into every workplace—there would be a lot of factors to consider.

But his work adds to a body of research that suggests that dogs impact social interactions and personal well-being. Past studies have shown that people accompanied by dogs tend to elicit more helpful responses from others and that dogs in the workplace can reduce stress. Though most of this kind of research has been done on individuals or pairs, Colarelli’s study shows the positive impacts of dogs may extend to groups.

While the study is relatively preliminary, Colarelli believes that his results tie into another area of research finding positive effects when people are exposed to natural elements—which he thinks could include dogs and other animals—on wellness in the workplace.